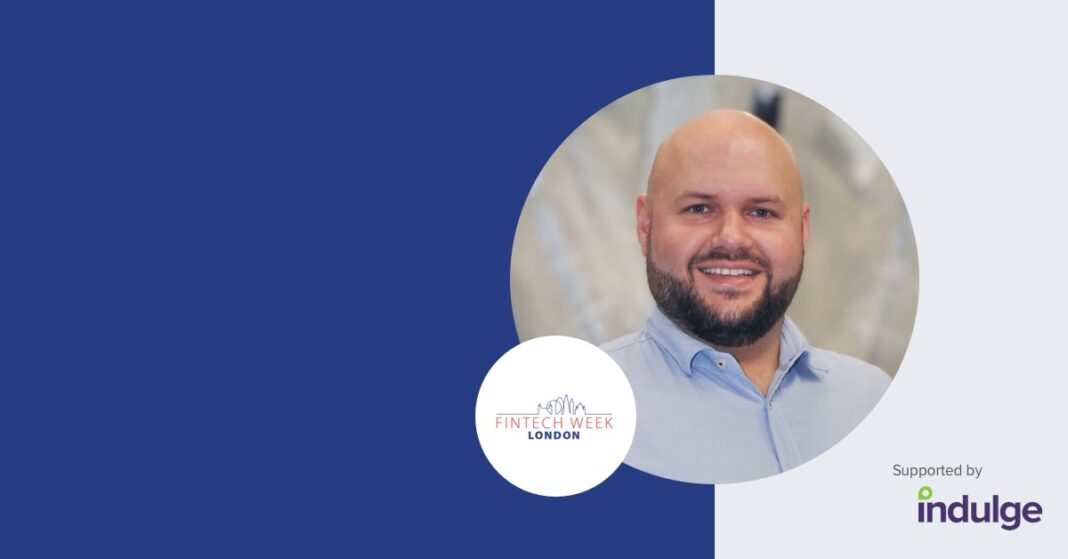 Listen to the full interview

An interview with Raf De Kimpe

On 12th July this year, my latest guest, along with a team of partners and industry experts launched Fintech Week London. A full week of online and webcast events that attracted an audience from around the world.

With plans already underway for Fintech Week London 2022, I sat down with CEO, Raf De Kimpe to talk about what it was like launching the new event and what the industry looks like in 2021.

“At the end of last year London & Partners, the Department for International Trade and the City of London together with us and a few media partners got together and said OK, let’s do Fintech Week London this year.

“It’s a new event, it’s a new team and this year was the first version of Fintech Week London in its current form.”

Fresh off the back of the group’s first event, Raf explains to me how the idea came about. I begin our conversation by asking Raf to take me back to the start and what led him to become CEO of Fintech Week London.

“I started a long time ago in software research which is something completely different but I had the luck that the company I was working for at that time did do a lot of industry events as well.

“I got the vibe there of what can happen if you bring people together in a room and see them interact with each other and see business deals being made so that’s where I got the bug for events.”

“The moment we decided [to run the event] was at the end of last year, so we had six months to set the full conference and the full week up.”

Six months, it’s fair to say, isn’t very long to programme an entire week’s worth of content, so I asked Raf how he approached this challenge.

“We were lucky to have a very good content board. We had Chris Skinner as the chairperson, then we had Imran Gulamhuseinwala OBE and Ghela Boskovich who were focussing on open banking. We had Dave Birch and his team who were focussing on digital identity. We had Theo Lau who did big tech and big banks and then we also had Susanne Chishti who looked at the next big things.

“We had six powerhouses in the fintech ecosystem in London and the world who were perfectly placed to not only look at the content but also connect us to all of the relevant speakers.”

Backed by an impressive team of subject experts, Raf and his partners were able to establish a successful first event.

“I think we ended up with 1,000 people online and 450 people physically there throughout the week.”

“We pre-defined the four key topics together with the content board that were the most relevant for the conference. [On the first day] we decided to look more into green finance…that’s definitely one of the topics that jumped out to me.

“Of course we had the conversation on open banking and we had Ron Kalifa there talking about the report that he did.”

Throughout the event, Raf and his team also focussed on digital identity as well as collaborations between big tech and big banks.

It’s unsurprising that the conversation also turned to the technology behemoths of the world and the relationship they have with the fintech sector.

“…the big tech giants like Google, Microsoft and Amazon who have this very global reach versus banks who were traditionally built up very local…how can a bank scale versus a Google that’s everywhere in the world already and has this localised version of their products?”

I wanted to understand the topics that were driving further conversation from the event’s audience; “we saw a lot of information going back and forth and a lot of conversations going on online [about green finance].

“As well when we had conversations on the impact of the pandemic on fintech…there was a lot of conversation there going on.”

Running an event during a global pandemic

It goes without saying that the pandemic had an impact on how Fintech Week London was run. I asked Raf about his experience of dealing with a constantly changing environment by running the event using a ‘hybrid’ format.

“Not only does [running a hybrid event] come with extra costs because you have to make sure that you have production value that’s up to par…you want to make sure that you make it into a show that’s interesting, so you need multiple cameras and you need a director and a live streaming team on top of everything that’s going on in the room.

“I think we’ll stick with doing things hybrid because I do think that that’s what the audience wants for the moment.”

A global event hosted in London

Throughout our conversation, it also became clear that Raf’s vision has consistently included having a global outlook. I asked whether Fintech Week London will ever branch out to become an even more global event.

“I think it will [always] have London as the core place because we don’t want to say that we own the idea of everything around the world that is happening in fintech.

“What we want is to create a global platform to have this conversation on what is London’s role in the world in fintech?”

I also asked Raf what the event’s audience looked like. “Most of the profiles [of attendees] were either people from the innovation department and those looking at the strategy.

“One [audience] that jumped out was the payments sector and also people from the retail sector were joining…and I think that speaks to what’s happening with fintech; it’s coming of age more.”

The future for Fintech Week London

“In the week of 11th until 14th of July 2022, we’ll have the second edition of Fintech Week London,” Raf explains as I ask him what the future holds.

“What’s really cool as well is that we’re going to collaborate on the Fintech Awards London.” It’s clear, then, that next year looks set to be another exciting step on the journey for Fintech Week London.