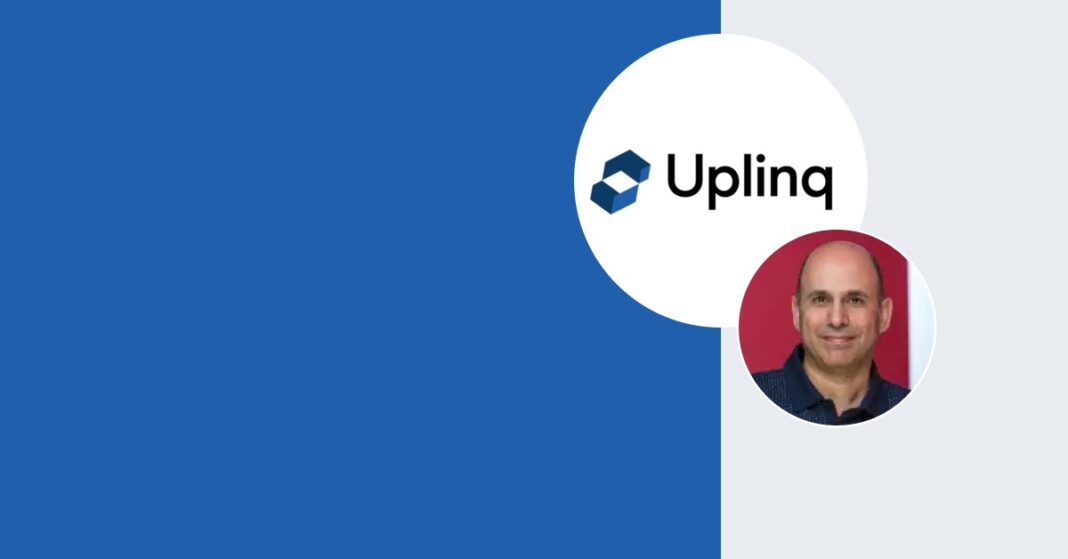 Listen to the full interview

“Uplinq is my fifth startup”, Ron tells me as I welcome him to the podcast.

Ron Benegbi is a serial entrepreneur. Having previously launched three successful (and one not-so-successful) startups, he is now well underway with launching his latest company, Uplinq.

To kick off our conversation, I dive straight in and ask Ron to tell me about Uplinq.

“We’re not a decision engine, we’re really more of an analytics and recommendation tool. When we launch, nobody is going to have a technology like this in the market.”

Ron explains the importance of small businesses in his life and how this has led him to the work he is doing with Uplinq.

“First and foremost, I’m an immigrant to Canada…but we were poor, my dad went and baked bread at night and had to put food on the table and he went to Royal Bank in the early 70s and he asked them for a small business loan to which the banker said ‘you don’t really qualify with respect to our lending criteria but I believe in people and here’s $5,000’.

“That $5,000 dollars became the springboard for our family’s success.

From a soft launch to a formal launch

Uplinq is currently in what the firm refers to as a ‘soft launch’, so I ask Ron to tell me about the steps the team are working through.

“We have a product that’s actually built…we’re simply repurposing it for our needs. We’re currently recruiting and building out our team…that’ll get us to the early part of [2022] and then at that point we’ll be in a position to go from what we call a soft launch to more of a formal launch.”

Ron moves onto the theme of resources (or lack of) and how as founders it’s something we all need to deal with.

“I think most founders will relate to this; we’re continuously strapped with a lack of resources, both human and financial so we have to do a lot with the very little that we have.

“In my case, I’ve been fortunate enough to establish a great network globally and from that, leverage those resources and networks in order to start spreading the word.”

Ron tells me about how he plans the steps he is going to take.

“As an example, if I know that in the next three months I want to raise a specific financing round and I need to get three customer commitments, it’s unlikely I’m going to get contracts in that time, but maybe I can get letters of intent.

“What is the path of least resistance to get three letters of intent in the next 90-days? Based on that objective, I will think about who in my network can I go to that will have access to help me meet that objective.”

“That way I look at it is what do I need to do to keep this company alive in the next three months, or the next six months?

“Quite frankly, I could have the best three-year plan in the world but if I run out of cash in six months because I didn’t meet [my] objective, then who cares, it’s a moot point.

“There definitely has to be a balance, but if you don’t think about the initial short term, especially so early on chances are you could be in that [high percentage of businesses that fail].”

Our conversation moves onto picking apart one of the most important things Ron has had throughout his career; a strong network of contacts.

I ask if it’s is harder today to build a strong network.

“Today with social media, I could argue it’s actually easier even easier to meet people because you’re able to build a brand online, you’re able to contribute content, there are so many different avenues today.”

Getting messaging and positioning right

It’s at this point Ron raises one of the most prominent topics within our conversation; messaging and positioning.

I start by asking how Ron goes about refining his brand’s message.

“You talk to as many customers as possible, you listen to the market, you identify what those market signals are and you react accordingly.

“[Uplinq] has been the most difficult journey I’ve been on from a messaging and positioning point of view. When we really started to look at this it was a very raw and rough message.

“It took a period of six months where we did customer interviews, put together some marketing and positioning statements and ran them by potential customers. I met with a bunch of people in the market and got their thoughts on where is global small business banking going.

“Slowly over time, that message started to crystalise for us to the point where we are today.”

Pivoting to bring life to a fading business

Moving away from Uplinq for a moment, Ron and I discuss his experience with the other startups he has been involved with.

One such company was Carlton One where Ron tells me about helping the firm to pivot away from almost certain failure.

“At the time, that company (Carlton) was very close to going out of business, so it wasn’t about convincing [people to come along with me to pivot the business].

“I was able to [pivot the company]. What that did mean was we were running [two] businesses together under the one brand but then over time we migrated to what ended up becoming this full pivot because we saw there was an incredible market opportunity there.”

Ron is a proud business development executive at heart, so I take the opportunity to pick his brains on the topic of generating and managing leads.

“There are so many playbooks that have been written about lead generation and building sales processes, what makes a good lead versus not. Ultimately I think it starts by having the right messaging.

“It’s so important that the messaging, branding and positioning of your business is crystal clear to a potential buyer or anybody because there is so much noise out there.

Ron continues by explaining that when it comes to sales, “ultimately it’s a numbers game…the more [people] you talk to, the more business you get at the end of the day.

“What I’ve seen when you’re messaging isn’t right that’s when you struggle with either getting leads or you get leads, but they’re crap.

“To me, messaging and positioning is where the sales process starts and that’s why I put so much effort and time into it.”

It looks set to be an exciting 2022 for Ron and Uplinq.